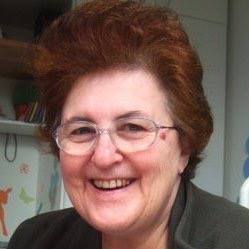 The JMI came into being as a result of the vision and drive of Founding Director, Geraldine Auerbach who committed almost 30 years of her life to creating and building the work of the Jewish Music Institute. Geraldine was awarded an MBE and an Honorary Fellowship of SOAS for her services to Jewish music and the Jewish community.

The JMI went on to organise a biennial month-long Jewish Music Festival at some of London’s most prestigious venues, culminating with a Millennium Festival in 2000, part of the national Millennium celebrations. Other highlights in almost 30 years of the JMI have included new commissions and many UK premieres, such as a world premiere of a Holocaust Oratorio at Canterbury Cathedral, a Rothschild Soiree at one of the family’s stately homes, a whole weekend commemorating the 800th anniversary of the massacre of Jews in York, and Yehudi Menuhin conducting Bloch’s Hebrew ‘Sacred Service’ in St Paul’s Cathedral.

In 1991, JMI established the Joe Loss Lectureship in Jewish Music first at City University and then from 1999 as part of the Jewish Music Institute at the School of Oriental and African Studies, University of London, inaugurated by Lord Menuhin. The position of the first full-time Jewish music lecturer in a mainstream university anywhere in the world was taken by world-renowned Bloch scholar Dr. Alexander Knapp. In 1999 the JMI International Centre for Suppressed Music was also convened at SOAS. This brought together a group of academics, producers and journalists whose work focuses on the impact that Nazism and the banning, exile and murder of Jewish composers had on the development of music in the 20th century. The team of experts of the ICSM are dedicated to pursuing and promoting any initiatives that keep this music alive from recordings and broadcasts to exhibitions, publications and performances. In 2003, a Jewish Music Institute library was established at SOAS, with the financial support of Doris and Bertie Black, comprising printed books and recorded Jewish music from all over the world as well as special collections of British interest.  Today SOAS is recognised as a world centre for Jewish music scholarship and, with its second incumbent Dr. Abigail Wood as Joe Loss Lecturer in Jewish Music, the JMI is able to help scholars from all over the world to study Jewish music at degree level with its programme of bursaries and scholarships. Working closely with the Department of Music at SOAS, JMI has also established a series of Summer Schools (including Ot Azoy!, Klezfest and The Golden Peacock – formerly Tumbala! – Yiddish Song School) and Conferences and inspired a large-scale World Music Summer School at SOAS.

The JMI has always been committed to offering financial support for the study, creation and performance of Jewish music. Since 2000 JMI has granted 58 National Lottery funded Millennium Awards for projects in Jewish music throughout the UK, including:

JMI also awards scholarship places on JMI Jewish music summer schools, courses and conferences and, over the years, has helped to support and nurture the careers of many UK-based musicians and bands working in the Jewish music space, including She’koyokh, Oi Va Voi, Ilana Cravitz, Vivi Lachs and Guy Schalom.

“Since biblical times, musical expression has been at the heart of Jewish devotion and communal life. Jewish music today is rooted in this ancient spiritual tradition and contains a rich diversity of musical forms recognized the world over. Throughout the long history of the Jewish people music has been a fertile medium of cultural exchange – a multi-faceted dialogue with many nations. I am delighted that the Jewish Music Institute has established a centre of excellence in London dedicated not only to preserving this great heritage, but also to ensuring that the musical dialogue continues and will enrich future generations.”

“The Jewish Music Institute. Doesn’t the name suggest a quaint, academic, dusty sort of place where bespectacled ethnomusicologists might bump into each other over fraying scores and flaccid sandwiches? Let me assure you there is nothing fraying or flaccid about the JMI, a protean, throbbing beast of an organisation, which has taken musical London by its throat and shaken it dizzy with Klezmer beats, Yiddish songs, Sephardi melodies, Cantorial spirals.”

Rachel Lasserson, Editor of the Jewish Quarterly on the occasion of JMI’s 21st Birthday in 2005