The Exilarte Research Center, based at Vienna’s University for Music and Performing Arts 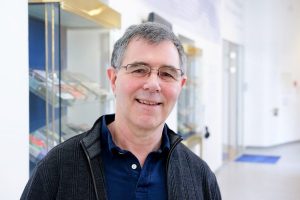 In 2006, Professor Gerold Gruber of Vienna’s University for Music and Performing Arts formed the Exilarte Society dedicated to recovering the music by Austrian composers lost during the Nazis years. He asked me to join as co-director. We had no archive at the time, and following my work as Music Curator at Vienna’s Jewish Museum, I tried placing “orphaned” musical estates of Austrian exiles with various archives. I was even under contract with Vienna’s Municipal Library at the time. At one point, and in the middle of a crucial acquisition, the Library informed it could not take an estate they had previously agreed to. This left me embarrassed on behalf of the family of the composer Walter Bricht. Prof. Gruber and I went to the Vice President of the University who suggested that we put together a concept for an Exile Music Centre. We jointly worked out a concept for the basis of a Research Centre with several modifications to our existing Exilarte Society: we would not just focus on Austrian musicians and composers, but any and all who were victims of political persecution, regardless of nationality. Nor would we limit ourselves to Jewish victims, but include political victims and those refugees who left out of conscience. Perhaps the most radical element of the Centre was we would not discriminate against any genre or accord any discipline any preference. In other words, we obviously wanted to rescue the works of any and all composers who were driven into exile (or worse), but we would also take the musical estates of people from the music business, scholars, performers and anyone involved in musical life who was forced to leave. In addition, we would keep all of the estates together, so letters, photos and documents would not be separated from manuscripts or recordings. Whatever a family donated would be kept together in a single collection. Prof. Gruber was (and remains) a highly respected academic within the University. 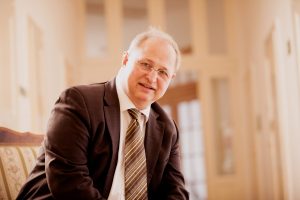 His position guaranteed the Research Centre a central position within the institution. We were given every support by the President of the University Ulrike Sych who offered us the historic building of the Music Academy, which is housed in a wing of Vienna’s prestigious Konzerthaus. We have state-of-the-art Vaults for storage, a large area for exhibitions, teaching and performance facilities and have a staff of 2 archivists, one office for digitisation, another for the organisation of concerts, symposia and outreach. Even before our official opening in 2017 as part of the 200 year Anniversary of the Music University (formerly the Music Academy founded in 1817 by Antonio Salieri), the publishers and the family of Erich Korngold approached us to produce a critical edition of Korngold’s complete works. Prof. Gruber was able to form a coalition of academics based in Germany where financial support for Critical Editions is more readably available. Nevertheless, we shall be producing a comprehensive survey of the Korngold correspondence. Such documentation is central to the editorial work of the critical edition. We also have a pre-doc scholar preparing this aspect of the Korngold project. Since opening, we have acquired 16 musical estates housed in our centre with another four on route, held up by the pandemic. We have the musical estates of nearly every genre of music: serious and light music, popular music and operetta. The estate of the Czech composer Hans Winterberg, is being taken by the music publishers Boosey & Hawkes, with orchestral recordings to take place this summer. We are in negotiations with other publishers for collaborative initiatives regarding the other estates within our collection. 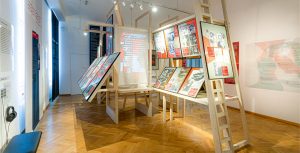 Could such a Centre have been established in The UK? The JMI’s “Suppressed Music Centre” was invited by David Cesarani to become part of this National Holocaust Research Centre at Royal Holloway. His early and unexpected death put developments on hold. It was during this time that the support and genuine quick actions of Prof. Gruber and the University President Ulrike Sych gave us a centre that in many ways goes well beyond what we would have been able to achieve at Royal Holloway. Prof. Gruber is head of the Centre and has an excellent team of administrators. I’ve been stuck in the UK because of the pandemic, but hold the position of Senior Researcher and co-founder of the Exilarte Centre. Through my four decades as a recording producer, I’ve been able to attract conductors and performers to visit us, and we’ve been able to reach out and collaborate with other institutions. 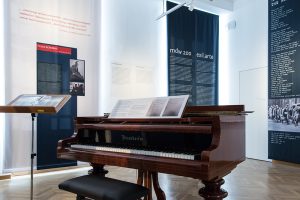 Given our broad remit, we appeal to any family that holds material from a relative who was a music executive or musician or composer in Europe prior to Hitler to consider Exilarte as a permanent home for their material. It will be digitised, archived and made available to scholars and musicians. I should add that our position as Europe’s highest ranked Music College/University/Conservatory means we have access to future generations of musicians and scholars. For this younger generation, these musical legacies are significant and represent their missing link within twentieth century Central European cultural history. 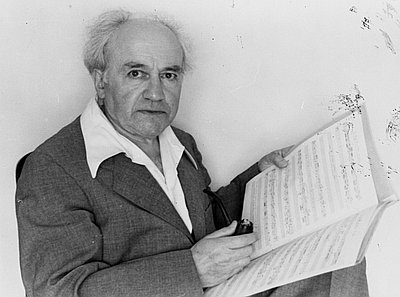 
Warning: count(): Parameter must be an array or an object that implements Countable in /home/customer/www/jmi.org.uk/public_html/wp-content/themes/jmi-theme/section-elements.php on line 4