Dr Merav Rosenfeld-Hadad (The University of Cambridge, St Edmund’s College) is a musicologist specialising in the history, religion, culture and music of the Jews who lived or originate from the Arab-Muslim world and she is currently leading a project, which explores the endangered culture of the Jews of Baghdad and Aleppo. Merav is the author of Judaism and Islam One God One Music (Brill, 2019). Her recent publications also include There on
the Poplars [Arabs] We Hung Up [Rely On] Our Lyres [Jewish Music]” Rabbi ‘Ovadyah Yosef’s Halakhic Rulings on Arabic Music (Brill, 2017) and “Forever, a Man Should Make His World as Songs” Ḥakham Yosef Ḥayim of Baghdad: His Leadership and Songs (Oxford, 2021).

Mosheh Ḥabushah is unquestionably the most important  Arab-Jewish cantor and musician known today. He is admired by Jews  originating in Muslim countries, both in and outside Israel, and by many music connoisseurs in the Arab world. Both audiences follow eagerly his cantorial renditions as well as his performances of classical Arabic music. 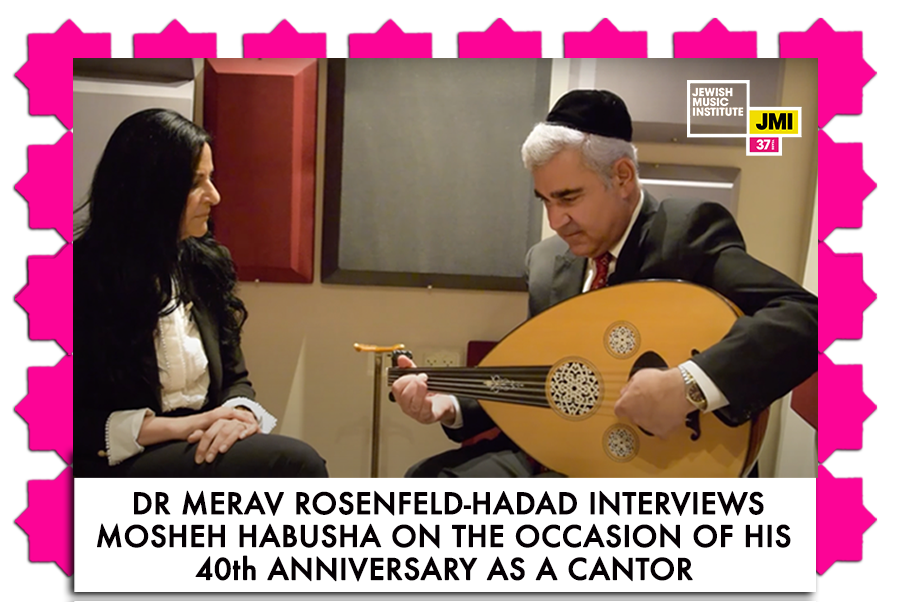