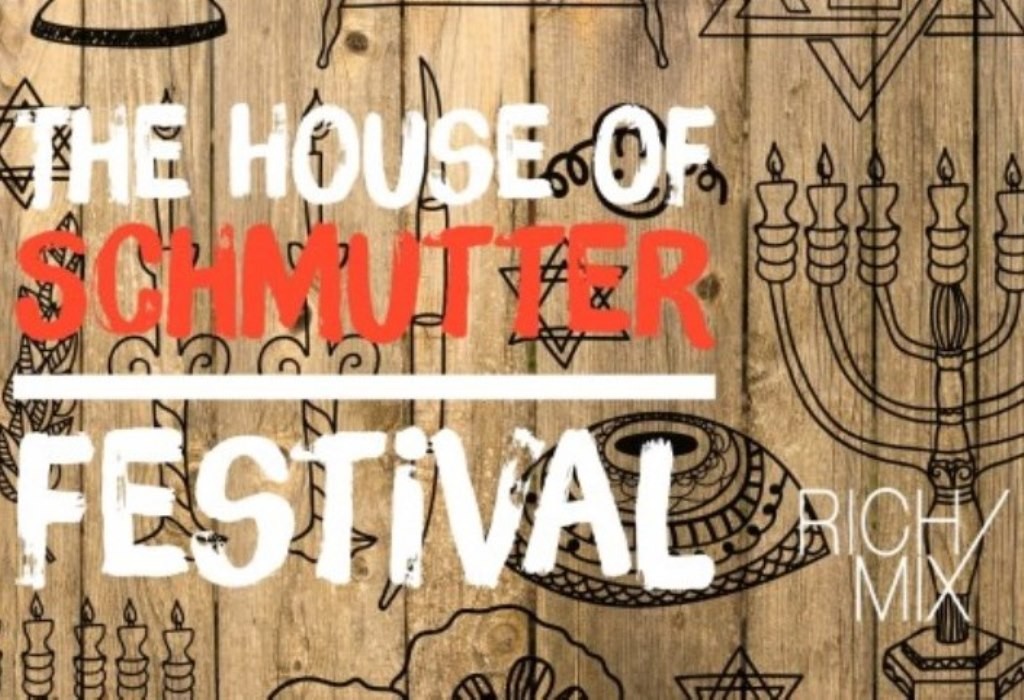 JMI and JW3 are proud to be sponsoring  this festival celebrating the legacy of Jewish music, art and culture in the East End of London.

The House of Schmutter opens its doors to you – step inside to explore the tastes, sights and sounds of the Jewish East End…

Served up will be a delectable feast of music, film, storytelling, taster tours, crafts and workshops, accompanied by a boxing ring, bagels and pickling!

The Cockney-Yiddish Music Show / 3pm
A speedy romp through the Yiddish East End in tale and song. Vivi Lachs portrays the history of shnayders and costers, yoykels and lovers, and Old Solomon Levy.

Cable Street to Brick Lane / Film Screening / 6pm
Critically acclaimed indie documentary dealing with the fight against racism and fascism in the East End of London, and how different communities came together in the 1930s, 1970s and 1990s to challenge intolerance. The film examines the impact of these interrelated historic episodes and how they relate to contemporary issues in East London.

Around the Kitchen Table / 8.15pm
Discussion and debate accompanied by cups of tea and plenty of pickles!

Don Kipper / 9pm
Get your dancing shoes on! This multi award-winning innovative ensemble playfully transforms a wide range of traditional musical forms, from Turkish Fasil and Greek Rebetiko to Romani music and Klezmer. Winners of the best Klezmer Newcomers and The World Music Network’s Battle of the Bands – not to be missed.

DJ and Bar / 10pm
Grab a drink from the bar and wind-down the evening while we spin you some tunes.

Main Space / 1pm – 6pm
Soup Kitchen: serving up heart-warming soup to all that need it! (Brune Street Style)
Crafternoon from JW3
Pack a punch in the Boxing Ring!
Round the Kitchen Table: discussions and debates!
Loadsa schmutters: rags remade in our textile workshops
Aprons on! Foodie fun times for all, from pickling workshops to bread making.
Pop-up exhibition from Wot? No Fish!! curated by theatre maker Danny Braverman, delightfully detailing Jewish family life in 20th-century London – fresh from critically acclaimed tour and Southbank Centre exhibition.
Pick-up a human book in the human library and learn through nattering and tea drinking.

Out and About
Taster Tours: Jewish East End Take a trip down memory lane! Explore the history and heritage of the Jewish community around Rich Mix with Prize-winning Blue Badge Guide Rachel Kolsky.

All tours start and end outside Rich Mix.
No need to book. Just turn up (spaces limited and allocated on a first come first served basis).

Taster Tours: Bricks to Bagels / 1.30pm – 2.30pm
From the hustle and bustle of Brick Lane with its Sunday market, bagel shops and memories of the schmatte trade, you will reach the tranquility of Princelet Street with its memories of Yiddish theatre, synagogues and the story of David Rodinsky.

Taster Tours: The Old Nichol / 3pm – 4pm, 4.30pm – 5.30pm
The Boundary Estate of 1899 replaced the slums of the Old Nichol and became a centre for the furniture trade and an aspirational area for Jewish immigrants, including the Winogradsky and Clore families who later dominated the UK entertainment and shoe industries.

The House of Schmutter is supported by Heritage Lottery Fund

In partnership with JW3 and JMI