COZ 52 Ilana Webster Kogen in conversation with Clara Wenz 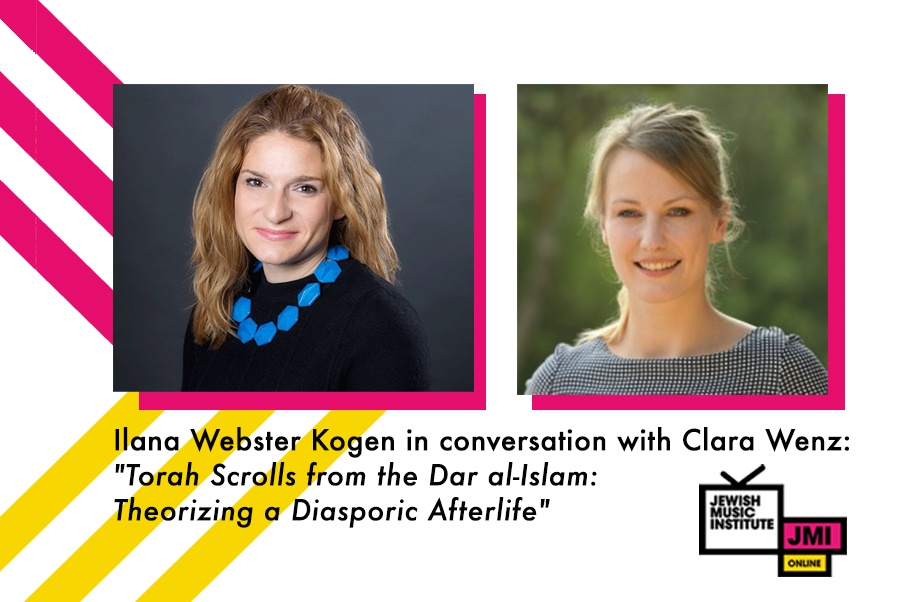 Dr Ilana Webster-Kogen
Ilana Webster-Kogen is an ethnomusicologist by training, specializing in music, diaspora and ethnicity in the urban Middle East. She was appointed the Joe Loss Lecturer in Jewish Music in 2014, becoming Senior Lecturer in 2019, and works closely with the Jewish Music Institute (JMI) who support her position. Ilana studied Music and Ancient Semitic Languages (BA) followed by Social Anthropology (MA), and wrote her PhD thesis about Ethiopian musicians in Tel Aviv. Her first book, Citizen Azmari: Making Ethiopian Music in Tel Aviv, was published in 2018 with Wesleyan University Press in the Music/Culture series. The book won the Society for Ethnomusicology’s Jewish Music section publication prize in 2019.

Ilana’s current work explores a triangular circulation network for Moroccan Torah scrolls between north Africa, France and Israel. She considers the migration and trade routes of the scrolls and the people who use them, and she examines biblical cantillation and its attendant gendered and ethnicized performance practices. She commenced this work with the support of the JMI with the inaugural Judeo-Arabic conference-workshop Yallah in London in 2020, which will continue in Morocco in 2021. Ilana’s work has appeared in Ethnomusicology Forum, African and Black Diaspora, and the Journal of African Cultural Studies.

At SOAS, Ilana teaches classes on Jewish and Middle Eastern music, hip hop, and critical/cultural theory. In 2018, she became a Senior Fellow of the HEA, and in 2019, she became the Associate Director for Student Experience and Outcomes.

Dr Clara Wenz
Clara Wenz is an ethnomusicologist specializing in Middle Eastern music, music and sound studies, political ethnography, anthropology of religion and relationships between Europe and the Middle East. Her current research project chronicles the present and past lives of a Syrian-Jewish musical record which was released by the Lebanese Baidaphon company in the 1920s. It draws on archival research and fieldwork undertaken in Berlin, Beirut, Jerusalem, Tel Aviv and Cairo.