This online event will feature three performances, streamed in one evening of musical excellence via the JMI website, Youtube and Facebook. (all performances will be free to watch)

The first performance will be from Israel’s classical music powerhouse that is the Israel Philharmonic. Established by the legendary violinist Bronsilaw Huberman and driven by Zvi Haftel, this orchestra quickly turned from an Orchestra Of Exiles to one of the most sought after Philharmonics on the planet. Having been led under the baton of Maestro Zubin Mehta for many years, the brilliant Lahav Shani has recently taken up the role of Musical Director and will conduct the IPO in this special performance of Tchaikovsky’s 4th Symphony.

The second performance will be from two stars of the Israeli Music scene. The Jerusalem Orchestra East West, led by Artistic Director and conductor Tom Cohen, household names in Israel. This orchestra comprises of the members from across the communities of Israel’s capital Jerusalem and will feature a guest performance with the legendary singer songwriter David Broza whose flamenco-guitar has made him a star in the USA and Spain. Together they will journey through the Ladino melodies and Hebrew texts of the love songs of Andalus, where the Sephardi Jews came from, to travel across the Mediterranean to Israel.

The third performance will be from a contemporary musical legend of modern Israeli music, Balkan Beat Box who are an Israeli musical group founded by Tamir Muskat, Ori Kaplan and now including Tomer Yosef as a core member. The group plays Mediterranean-influenced music that incorporates Jewish, Southeastern Europe and Middle Eastern traditions, Gypsy punk, reggae and electronica. They have appeared as festival headliners on stages across Israel, Europe, the UK and North America and are a household name in Israel, affectionally referred to as “Ha Balkan”.

All three performances will have special introductions from the people that make Israel and Israeli music matter.

Israeli music is about the conference of cultures and styles, the creativity that powers the fertile ground in Israel to produce music of such range and diversity, it truly ranks as one of the most musically vibrant countries in the world.

Tonight is just a sample but your journey will start from here. 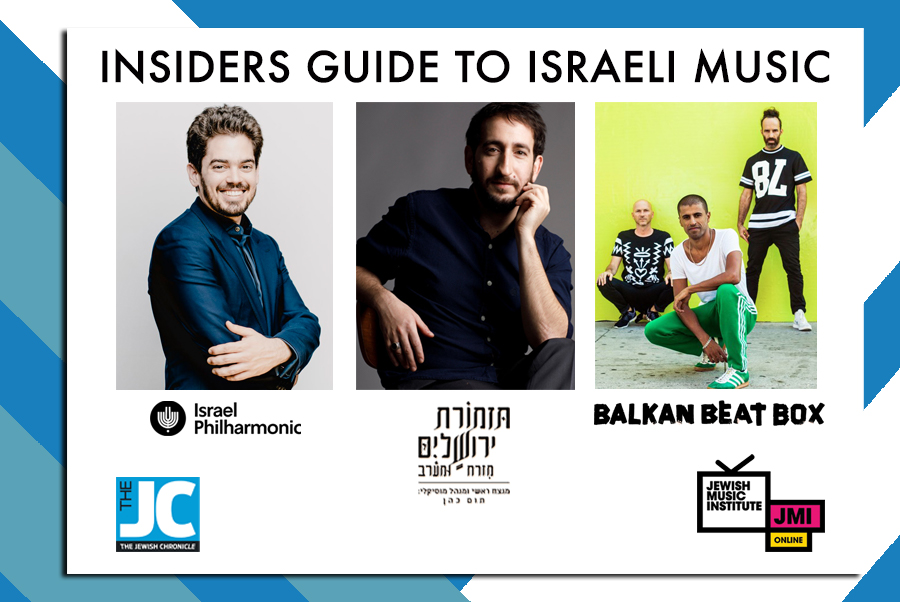