Concert recorded on April 14th, 2019, at the “Les Amis de la Musique Juive” festival.
Many thanks to Dr. Peter Sh. Lenhardt for his help in the preparation of the program 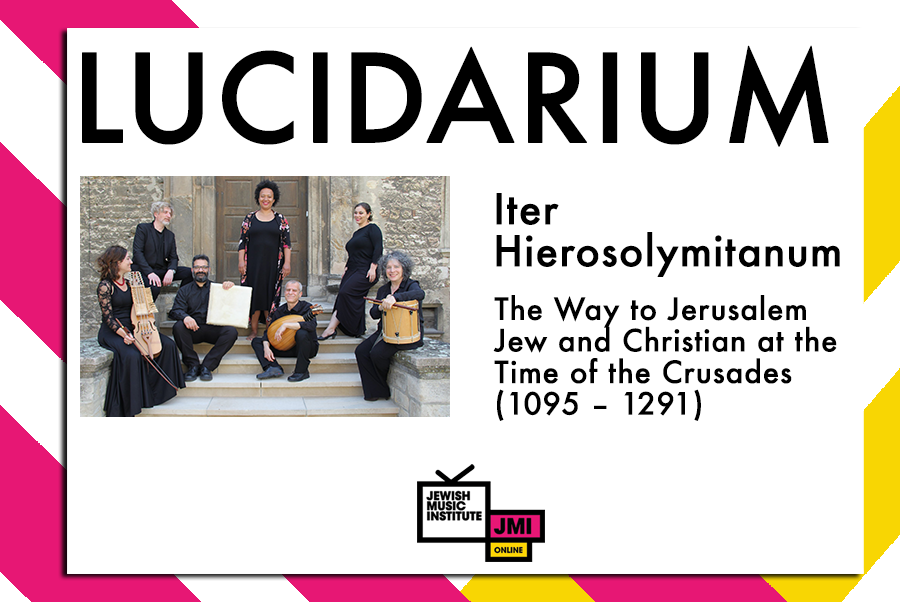 The lyrics and hymns written in honor of the Crusades and Crusaders – almost 200 pieces in Latin, Provençal, German and Old French – were the focus of some of the first studies and first performances of the nascent Early Music movement. Just like in Bach’s St. Johann’s Passion, the anti-Judaic nature of many of these texts is often glossed over. History paints another picture, in which this rhetoric is shown to be far from anodyne: often transformed into actual violence, a “backstory” made up of bloodshed, mass murder of the vulnerable and the annihilation of entire communities.

In 1096 a series of assaults, made by a group of Frankish Crusaders on the way to Palestine, decimated the communities of Speyer, Mainz and Würms. Although many ecclesiastical authorities and civilians tried to protect the local Jewry, in the end, all were powerless against the onslaught of an enraged mob of pilgrims, who were indifferent to whom they killed, as long as it assuaged their fear of the “others.”

There is a vast repertoire of piyyutim (post-Biblical Hebrew poems) dedicated to these massacres. Many of these poems are still sung in the oral tradition, and since modern times, the massacres that took place in medieval Germany have often been considered a foreshadowing of the Shoah. French Jews were also frequently martyred, inspiring numerous poems including “Mont sont a mechief Israel” in Old French (written in Hebrew characters) clearly modeled on contemporary, “mainstream” poetry, dedicated to those burnt at the stake in Troyes in 1288.

While the massacres took place – from the end of the 11th century on – most of the Jewish communities in Northern Europe had been residing there for generations. Although many aspects of their lives might have been separate, they still spoke the local language, and adopted the culture, value and ways of their neighbors.

With tragic irony, the Jews of France and Germany were so immersed in the surrounding culture that the only way in which they could express their outrage and sadness was by borrowing the rhetoric and poetic meter of their assassins. Although we will never know the exact melodies that were used to sing these piyyutim, we have tried, working between the oral tradition and historical melodies, to create a credible, if not ‘authentic’ performance, so that the voices of the victims, these ‘others,’ can be finally be heard; in counterpoint to a well-known and well-loved repertoire of clear aesthetic value, but inspired by a movement whose moral failings still need to be addressed.

Repertoire: Piyyutim about the destruction of the Rhineland communities and the Martyrdom of Troyes, Chansons des Croisades, Kreuzug Lyrik, Latin Hymns and dance repertoire from Medieval France and Germany.