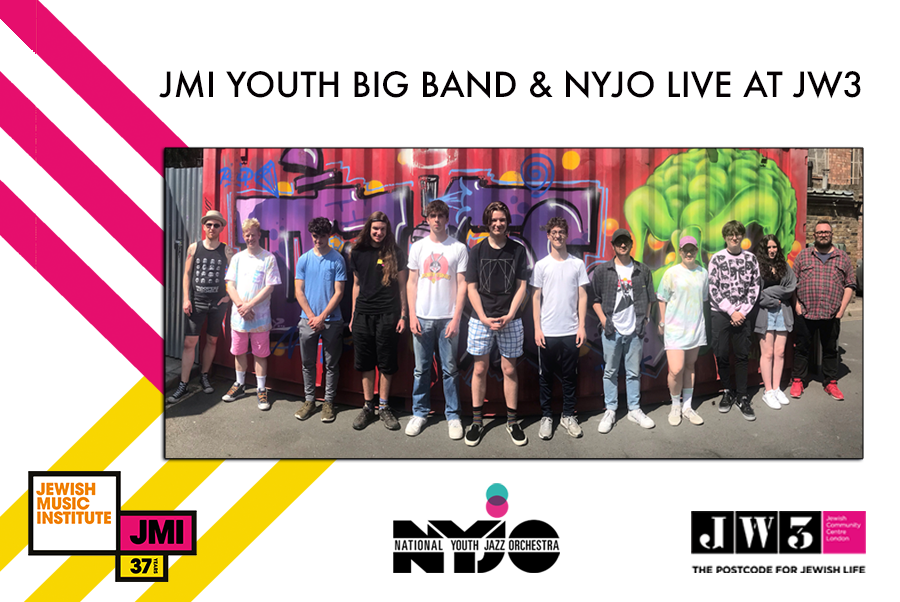 The JMI Youth Big Band is Jewish music for the next generation, returning to JW3 for a concert celebrating their fifth year, and their fourth recording We Are Here. Led by Sam Eastmond (Spike Orchestra, John Zorn), composer of the Ivor Novello nominated Brit-ish suite (commissioned by the PRS Foundation and JW3 in 2019 for the New Music Biennial festival).

Music of Jewish origin and cutting edge jazz sounds fused together to create Jewish music as you’ve never heard it before music for the next generation performed by the next generation. They will be joined by the National Youth Jazz Orchestra Academy Big Band which includes a range of talented young jazz musicians between the age of 16-19 years old.

They come together to learn, play and celebrate the music from key figures in the Jazz genre, such as Ellington, Basie, Maria Schneider, Stan Tracey and many more.