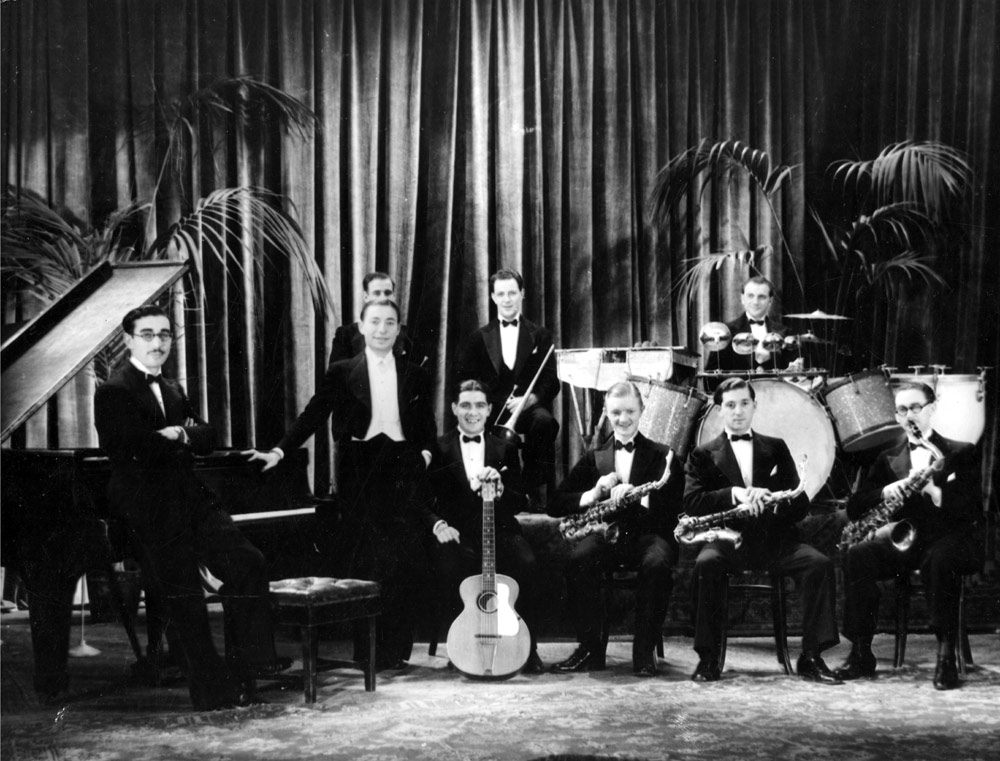 The Joe Loss Orchestra was one of the most successful acts of the big band era in the 1940s, with hits including “In the Mood”. In 1961 they had a hit with “Wheels—Cha Cha”, a version of the String-A-Longs’ hit “Wheels”. Other hits included David Rose’s “The Stripper” in 1958 and “March of the Mods (The Finnjenka Dance)” of 1964.

Joe Loss was the undisputed doyen of big bandleaders. His name was synonymous with the very best in dance band music. Loved and respected by his public and profession alike, he had a style and musical policy that kept him at the very top of the big band world for 60 years. Joe was awarded the LVO, the OBE and HM the Queen’s Silver Jubilee Medal.

In 1990 Joe entrusted the leadership to Todd Miller, who has led the Orchestra through to the present day.
Todd Miller joined the Orchestra as vocalist in 1972 having being recommended to Joe by many people. For 19 years, Todd worked under the guidance and friendship of Joe, and enjoyed a very special place in Joe’s heart. Now having been with the Orchestra for 38 years, Todd’s career has included 14 World tours on the QE2, 2 Royal Weddings, many Royal Command Performances and Christmas parties for the Royal Family, and as leader, is proud to have been presented to Her Majesty the Queen on numerous occasions. Todd has performed on all the major TV channels and radio stations and all the main venues throughout the UK. In 2010 the Joe Loss Orchestra will be celebrating it’s 80th Anniversary. The Orchestra is now Britain’s longest running live entertainment unit of all time. Todd has led the Orchestra for the past 20 years, best appreciated live on stage in direct contact with the audience, performing the best in live entertainment for all generations.

Todd will lead a quartet of the orchestra’s finest musicians in some of the bands most famous and evocative repertoire.
http://www.toddmillermusic.com/history/index.html