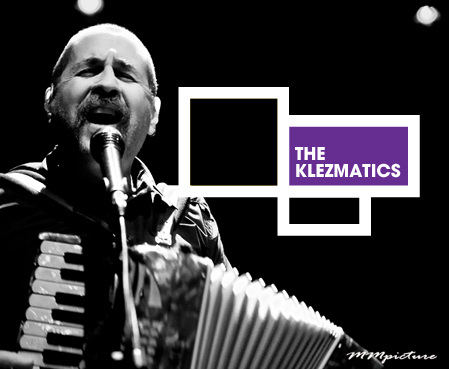 The Grammy-winning Klezmatics fly in from New York City for their first UK gig in nearly a decade, with London’s own violin superstar Sophie Solomon lending her electric energy to the mix.  Expect a night of high octane klezmer and beautiful Yiddish song, a concert steeped in Jewish spiritualism and Eastern European tradition combined with more eclectic musical influences such as gospel, punk, and Arab, African, and Balkan rhythms.   Described by Time Out as “one of the greatest bands on the planet”, the Klezmatics are pioneers of Jewish music. 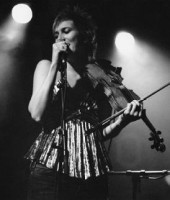 Sophie Solomon is the leading klezmer violinist of her generation.  A founder member of groundbreaking fusionists Oi Va Voi, she recorded as a solo artist with Decca Records and has lent her distinctive violin sound to artists as diverse as Rufus Wainwright, Paul Weller and Theodor Bikel. Sophie also composes for film, TV and theatre, most recently for Our Class at the National Theatre and Off the Endz at the Royal Court.