Cancelled
Unfortunately we have had to cancel part one of this event. Part Two which takes place at Toulouse Lautrec in Kennington SE11 is still taking place, tickets for this can be booked at https://www.toulouselautrec.co.uk/

MISCHA SPOLIANSKY: IT’S IN THE AIR 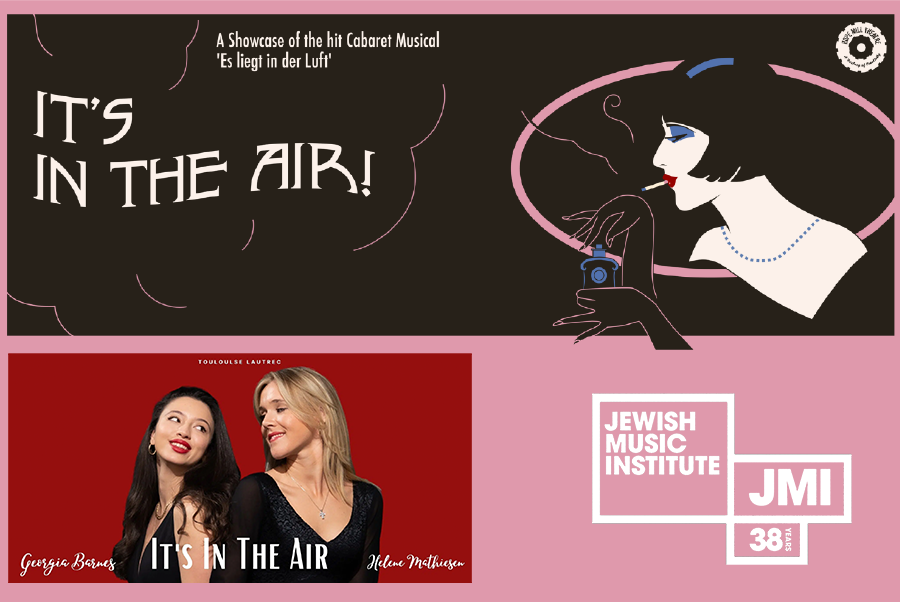 Come and join us for a two-part Spoliansky evening

There is currently much activity around the music of Mischa Spoliansky, with a production of one of his shows planned for Manchester, a new recording of his orchestral music coming out, new publications of his music and further recordings under discussion. We are pleased to be hosting the first leg of a two-part Spoliansky evening on Thursday, 7 April.

Misha Spoliansky, born in Białystok in 1898, became one of the main composers of cabaret, revue and other light-music genres in Weimar Germany: his catchy melodies had all of musical Berlin tapping its toes. Realising that his career in Germany was over as soon as Hitler came to power, he and his family moved to London, where he became a mainstay of the British film industry, writing the scores of some of the best known British films over the next few decades. One of his most successful shows was Es liegt in der Luft, which the soprano Helene Mathiesen is about to revive in Manchester (see below). Helene and her pianist, Georgia Barnes, will open the evening with a couple of songs from their forthcoming production, in the hope of tempting you down to Newington once this first part of our evening is over. Then a panel will present the new Toccata Classics recording of Spoliansky’s orchestral music: his grandsons Chris Kelly and Greg Mills will be joined by the composer-musicologist Lloyd Moore in a discussion chaired by Martin Anderson, the founder of Toccata Classics, with extracts played from the recording. And Part One will end as it began, with live music, in this instance a couple of close-harmony numbers from Cantabile – The London Quartet, who are planning a recording of Spoliansky’s music for vocal quartet.

Wine and nibbles will be served, whereafter you can leap in a cab to take you due south, to…

More on the venue here, and on the event itself here, where you can also book tickets.

The second part of the evening begins at 8.30, giving you plenty of time to socialise in SOAS before you call for a carriage.

Please book BELOW (free tickets) for the first part of the evening in SOAS.

Supported by our media partner The Jewish Chronicle https://www.thejc.com