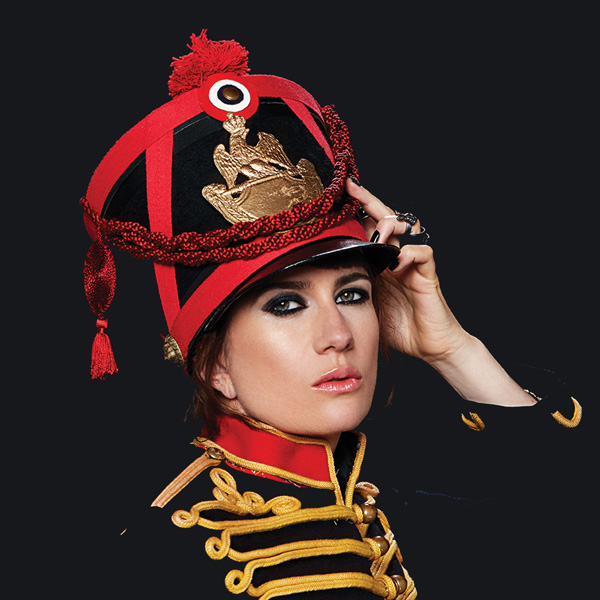 Part of the September JAM: JMI Festival of Jewish Arts and Music

Stop the Parade are quirky songs of the East.  Sophie sings a barbed wire love song, a moving tale of forbidden love, a spy leaves messages in a dropbox, a fantastical dictator speaks from his deathbed, a Nino-Rota-esque waltz is danced for the cryogenically frozen, a political prisoner writes home to his lover, and a raucous brass-driven goodbye is said to Moscow.

Founder-member of Oi Va Voi, Sophie has won the Edison Award for World Music and the German Critics’ Award for Album of the Year. She has played as a soloist with artists as diverse as Rufus Wainwright, Leonard Cohen, Paul Weller and the London Symphony Orchestra and her acclaimed solo debut Poison Sweet Madeira (Decca) featured guest vocals from KT Tunstall, Ralph Fiennes and Richard Hawley.

More information can be found on Sophie’s Website here

To book a table in the Balcony Restaurant and have one of the best seats in the house, please book direct through the  Jazz Cafe website here