This concert brings together three of the world’s greatest musicians to play works by celebrated composer Ernest Bloch.

The music of Swiss-American composer Ernest Bloch is remarkably diverse and was regularly performed in his lifetime. It revealed influences of Swiss, Chinese, Native American, American immigrant and Jewish musics. He also embraced Gregorian Chant, Renaissance, Neoclassical and Neoromantic idioms.

To celebrate the 140th anniversary of his birth, three internationally acclaimed musicians, violinist Miriam Kramer, violist Rivka Golani and cellist Raphael Wallfisch, all recognised as supreme exponents of his works, will each perform one of his major works in the evening Gala Concert which will be introduced by Bloch specialist Dr Alexander Knapp.

Other works will be performed by some of the outstanding masterclass participants from The World of Ernest Bloch Masterclasses held earlier on in the day. 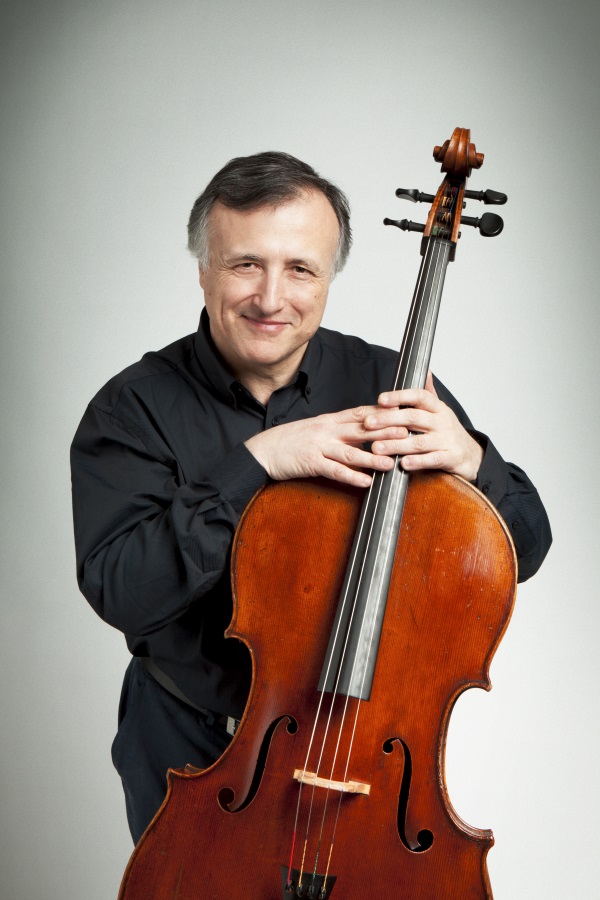 Raphael Wallfisch is one of the most celebrated cellists performing on the international stage. He was born in London into a family of distinguished musicians, his mother the cellist Anita Lasker-Wallfisch and his father the pianist Peter Wallfisch.

At an early age, Raphael was greatly inspired by hearing Zara Nelsova play, and, guided by a succession of fine teachers including Amaryllis Fleming, Amadeo Baldovino and Derek Simpson, it became apparent that the cello was to be his life’s work. While studying with the great Russian cellist Gregor Piatigorsky in California, he was chosen to perform chamber music with Jascha Heifetz in the informal recitals that Piatigorsky held at his home.

At the age of twenty-four he won the Gaspar Cassadó International Cello Competition in Florence. Since then he has enjoyed a world-wide career playing with such orchestras as the London Symphony, London Philharmonic, Philharmonia, BBC Symphony, English Chamber Orchestra, Hallé, City of Birmingham Symphony, Leipzig Gewandhaus, Berlin Symphony, Westdeutscher Rundfunk, Los Angeles Philharmonic, Indianapolis Symphony, Warsaw Philharmonic, Czech Philharmonic and many others.

He is regularly invited to play at major festivals such as the BBC Proms, Edinburgh, Aldeburgh, Spoleto, Prades, Oslo and Schleswig Holstein.  He is also frequently invited to be a jury member of international competitions such as the Rostropovich International Competition in Paris, the Schoenfeld in China and the Enescu in Romania.

Teaching is one of Raphael’s passions. He is in demand as a teacher all over the world and holds the position of professor of cello in Switzerland at the Zürich Hochschule der Kunst.

Raphael has recorded nearly every major work for his instrument. His extensive discography on EMI, Chandos, Black Box, ASV, Naxos and Nimbus explores both the mainstream concerto repertoire and countless lesser-known works by Dohnanyi, Respighi, Barber, Hindemith and Martinu, as well as Richard Strauss, Dvorak, Kabalevsky and Khachaturian. He has recorded a wide range of British cello concertos, including works by MacMillan, Finzi, Delius, Bax, Bliss, Britten, Moeran and Kenneth Leighton. For the Chandos Walton Edition he was privileged to record the composer’s Cello Concerto, originally written for his master, Piatigorsky.

Alongside his solo career, Raphael has a long-standing and distinguished duo with pianist John York. With a rich history of many international recital tours and numerous recordings, the duo celebrated its 35th anniversary in 2017 and look forward to future collaboration in 2018. Raphael also greatly enjoys touring with his very successful piano trio – Trio Shaham Erez Wallfisch – which he and his colleagues Hagai Shaham (violin) and Arnon Erez (piano) founded in 2009. Four recordings have been released so far, each receiving the highest critical acclaim. 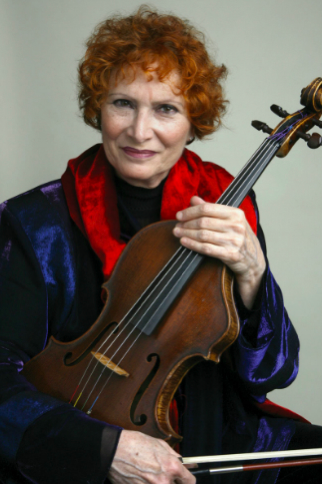 Rivka Golani is recognised as one of the most outstanding violists of modern times. She has greatly contributed to the advancement of viola technique and inspired many composers to write for the instrument. More than 350 works have so far been composed for Rivka, including over 80 concertos, a record matched by no other violist in history.

What do the critics think of Rivka Golani? James North of America’s Fanfare Magazine, in a glowing appraisal of her work, wrote that she is “… carving out a place of her own that no other performer on the instrument can reach.”  The Financial Times of London clearly agrees: “Rivka Golani (is)… a supreme viola virtuoso – white-hot in delivery, kaleidoscopic in tone colours, electrifying in rhythmic attack.” For an even more effusive testimony, we might try the Boston Herald: “… riveting, intensely physical stage presence… hurtling momentum, constant risk-taking, complete technical assurance… one can only be grateful that she dedicated herself to art rather than warfare, for she would be an awesome adversary.” Finally, a tribute from Geoffrey Crankshaw of Musical Opinion, following a recital at Wigmore Hall: “No nobler music-making could be imagined than this eloquent performance… the grand tradition brought to the service of inspired musical insight.”

Rivka has recorded countless albums with many distinguished orchestras, including Royal Philharmonic, Toronto Symphony, Berne Symphony, Budapest Radio Orchestra, BBC Sinfonietta, and others. A landmark among her many albums is her world premiere recording of Elgar’s Violin Concerto on viola, with the Royal Philharmonic – the complete Bach Cello Suites, including performances of Bach’s Chaconne and Chromatic Fantasy.

Born in Israel, Rivka trained at the Music Academy of Tel Aviv with the great violist and composer Oedoen Partos. At the age of 23, she became a member of the Israel Philharmonic. Rivka moved to Canada in the mid-1970s, where she began her solo career. Her present home is in London, England. She is also an inspiring teacher who draws students from all over the world to her classes at Trinity Laban Conservatoire of Music and Dance. 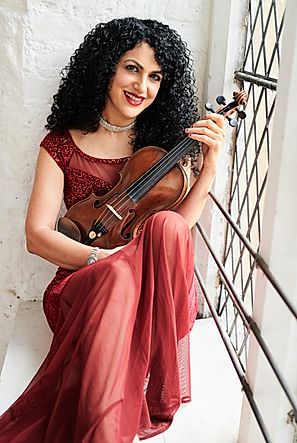 Miriam Kramer grew up in Connecticut and began studying the violin at age four. By the age of seven, she had already given her first public performance – Mozart’s Concerto in G Major. Her teachers have included Charles Castleman, Yfrah Neaman and Henryk Szeryng. Miriam is a graduate of the Eastman School of Music and the Guildhall School of Music.

​Miriam has appeared as soloist at Carnegie Hall, Lincoln Center, Kennedy Center (USA) Wigmore Hall, Barbican Hall, St David’s Hall, Queen Elizabeth Hall, (UK) Vienna Konzerthaus and Theatre Champs Elysees (France). Praised by Strad Magazine as a ‘violinist of superior natural talent, an exceptionally sensitive interpreter and a phrase maker of uncommon expressivity’ and by the NY Times as a ‘soulful and virtuosic performer’. Miriam has also received critical acclaim for her 6 CDs, including Editor’s Choice for her recording of the violin music of Ernest Bloch, from Gramophone Magazine who has said ‘Kramer’s playing could hardly be more heartfelt. Scanning the catalogue for rivals, her musicianship is irresistible.’ This disc has been listed in the 2017 guide – ‘1001 Classical Recordings You Must Hear Before You Die’ – compiled by Matthew Rye and Steven Isserlis. Miriam has also been included in David Milson’s book, A-Z of String Players, 300 Great String Players.

​Alongside her performing and recording schedule, Miriam is in demand as a teacher and adjudicator and is regularly invited to give masterclasses at the Dartington Festival and for the Benslow Music Trust. She champions the music of new composers and her latest project, a recording of Elegy, by British composer Andrew Pearce, with the Royal Scottish National Orchestra, has led to invitations from other composers in France and the USA to record and perform their music. Miriam performs regularly on BBC Radio 3, Classic FM and has appeared on BBC television in a tribute to Yehudi Menuhin.