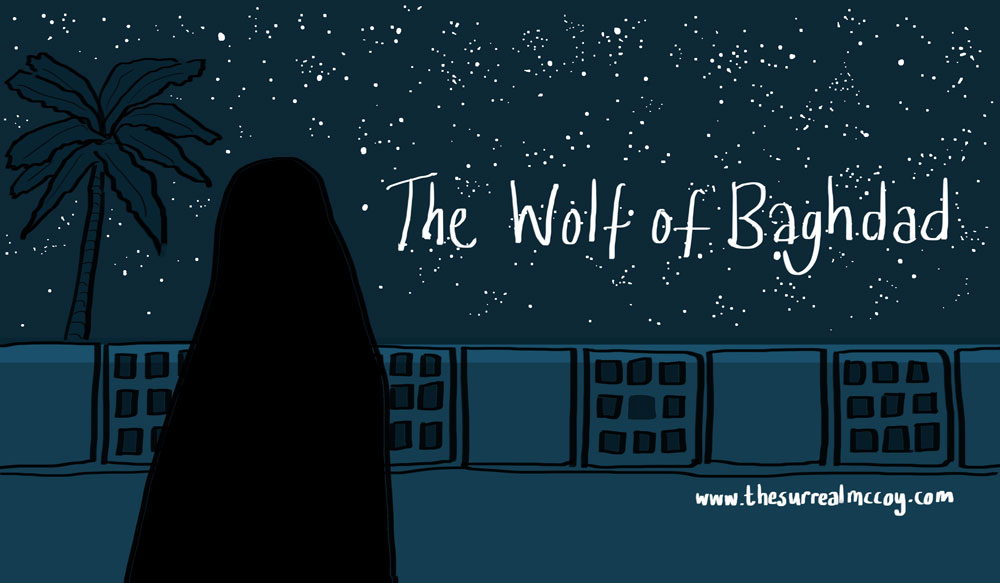 The Wolf of Baghdad is an audio-visual project combining a graphic memoir and music from the lost homeland of the Iraqi Jews..
Supported by Arts Council England & Exilarch Foundation (in memory of Sir Naim Dangoor).
Info here

Wednesday 21st November
The Wolf of Baghdad is an audio-visual journey through a Jewish family’s memories of their lost Iraqi homeland.
Projections of the graphic memoir will be accompanied by a live band playing the music of Iraq and its Jews, an ancient community that lived there for more than two millennia. Led by musician/artist Carol Isaacs AKA The Surreal McCoy & accompanied by the band 3yin.
Following the performance, there will be a concert by the new band 3yin, a ground-breaking London band who perform the music of the Jewish communities of the Middle East and North Africa.
This evening is presented together with Harif, for the 5th Annual Memorial Day, to remember the Exodus of Jewish Refugees from Arab countries & Iran.

In association with Harif

Thursday 22nd November
The artists and musicians involved in the Wolf of Baghdad and the band 3yin will be speaking after the performance, about the artistic inspirations that have compelled them to create innovative new work based on their personal histories and heritage.

Both performances are feature commissioned, produced and taking place at JW3